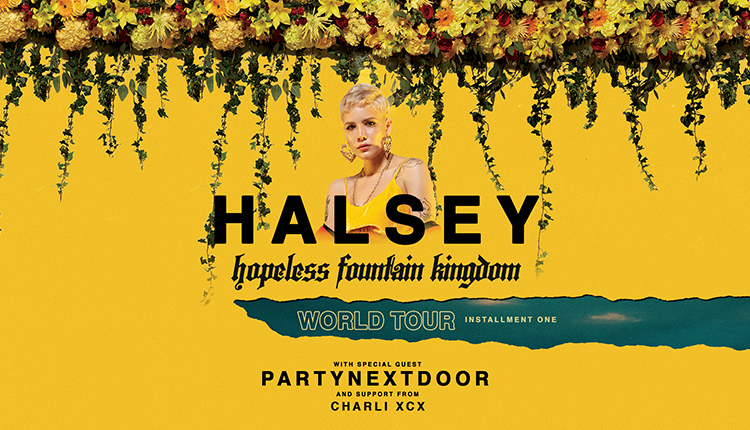 Halsey first stormed the pop culture kingdom in 2015 and took her spot on the throne as her full-length debut Badlands crash-landed at #2 on the Billboard Top 200 and earned a platinum-certification in under a year. She sold out arenas everywhere and garnered a 2017 Grammy® nomination in the category of "Best Pop Duo/Group Performance" for "Closer," her seven times platinum megahit with The Chainsmokers.  Her reign continues with her new album, hopeless fountain kingdom.

Joining Halsey on the hopeless fountain kingdom tour are PartyNextDoor and Charli XCX!