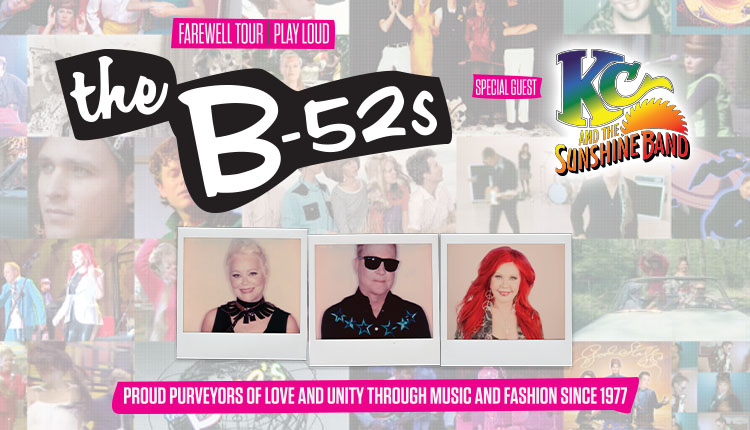 The B-52s are bringing their “Final Tour Ever of Planet Earth” tour to Honda Center this November with special guest KC and The Sunshine Band.

After 45 years since their first performance, over 20 million albums sold and countless accolades amongst them, there can be no doubt as to why The B-52s have remained one of music’s most groundbreaking and beloved bands.

Says co-founder Kate Pierson, “Who knew what started to have some fun and play music for our friends’ at house parties in Athens in 1977 would evolve into over 45 years of making music and touring the world. It’s been cosmic.”

Cindy Wilson, who also co-founded the band with her beloved late brother, Ricky, adds, “It has been a wild ride, that’s for sure. We feel truly blessed to have had an amazing career encouraging folks to dance, sing along with us and feel they can be whomever they are with our music.”