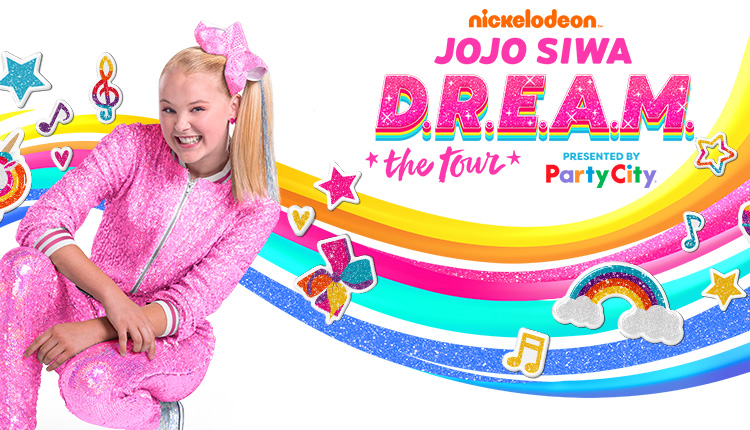 After selling out 24 cities across the U.S., Nickelodeon star and YouTube sensation JoJo Siwa is adding 28 dates to her first North American tour: Nickelodeon’s JoJo Siwa D.R.E.A.M. The Tour with special guests The Belles. Presented by Party City, the 53-city tour is produced by Nickelodeon and AEG Presents.

Nickelodeon superstar JoJo Siwa is a YouTube personality, singer, dancer, entrepreneur, social media influencer, New York Times bestselling author and star on Nickelodeon’s Lip Sync Battle Shorties. Siwa connects with her fans through many channels: via social media, where she currently has over 8.3 million subscribers on YouTube with over 1.8 billion views, over 7.5 million followers on Instagram, over 17.2 million followers on TikTok (formerly Musical.ly), over 396,000 Twitter followers, over 506,000 likes on Facebook, and on YouTube; through her SIWANATORZ club, which stands against negativity and bullying; through her global reach of consumer products including her signature bows, accessories, apparel, arts and crafts, cosmetics, home goods and party supplies; and with her hugely popular singles, “Boomerang,” which has been viewed almost 623 million times and is certified platinum, “Kid in a Candy Store,” “Hold The Drama,” and “High Top Shoes.”