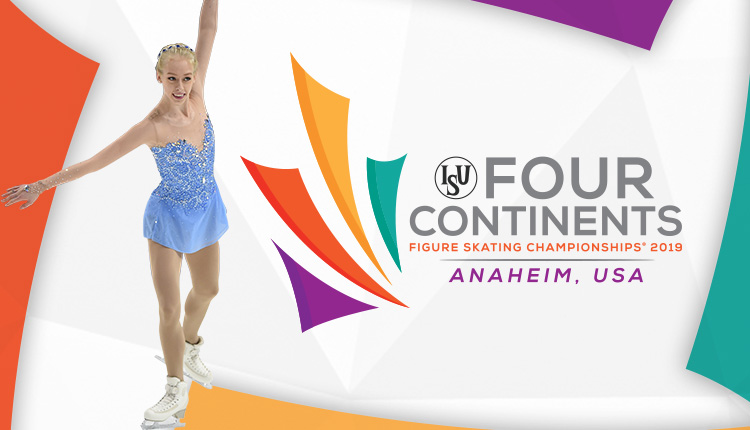 Single-session tickets are on sale now!

Held annually since 1999, the ISU (International Skating Union) Four Continents Figure Skating Championships feature skaters from the Americas, Asia, Africa and Oceania. Top athletes from the U.S., Canada, China and Japan will highlight the field. Skaters compete in singles, pairs and ice dancing. The U.S. delegation will be comprised of three athletes or teams in each discipline and will be named following the 2019 U.S. Figure Skating Championship, which are set to take place in Detroit, Michigan from Jan. 19-27, 2019.

Cameras and Recording Devices Policy For ISU Four Continents Figure Skating Championships 2019
No Video Recording of any type is allowed during any portion of the competition.
Personal photography is allowed from the designated spectator seating area so as to not interfere with nor disrupt any portion of the event; event participants and their performance; the intended use of public areas; and/or the viewing ability of others. All photos taken during the event must be for personal use only.

Unauthorized commercial use, sale, or third party distribution of photos and videos from the event is strictly prohibited without prior written consent from U.S. Figure Skating. Violators are subject to immediate removal from the event and potentially held liable for any damage, or perceived damage, associated with the violation.

Prohibited Equipment: No monopods, no tripods, no GoPros or similar devices, no selfie sticks, and no telephoto lens greater than 6 inches or 200 mm. For the safety of the athletes, no camera flash is allowed during the event.