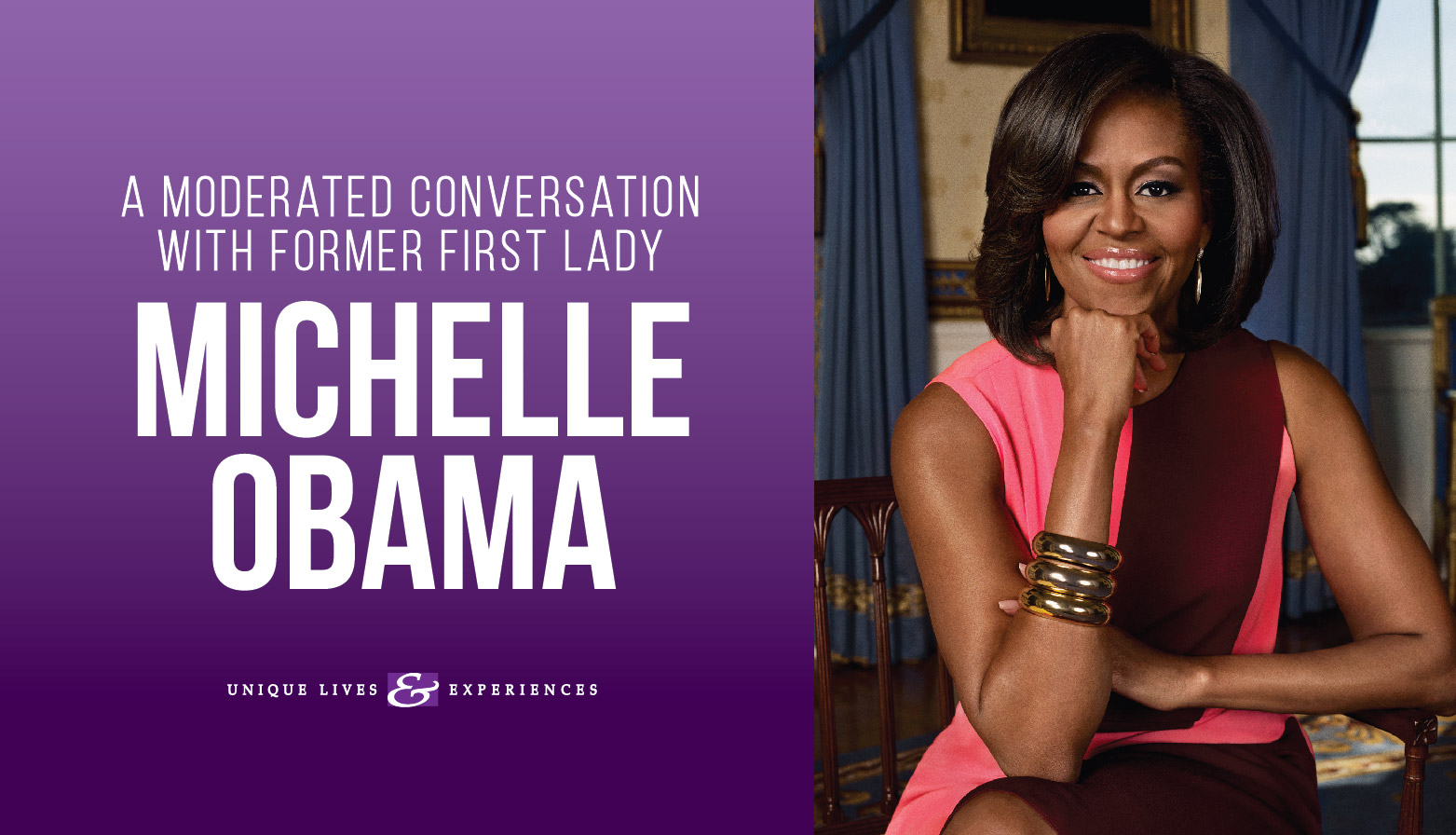 Former First Lady Michelle Obama will participate in a moderated Q&A conversation on Thursday, April 2 at Honda Center. The event’s moderator will be announced at a later date. VIP Tickets that include a meet and greet with Michelle Obama will also be available.

Michelle Robinson Obama served as First Lady of the United States from 2009 to 2017.

In 2018, Michelle Obama published her memoir, Becoming, which sold more copies than any other book published in the United States in 2018, achieving that status in just 15 days and instantly rising to the #1 slot on the New York Times Best Sellers list.

Mrs. Obama was born on January 17, 1964. She married Barack Obama in 1992. They currently live in Washington, DC and have two daughters, Malia and Sasha.